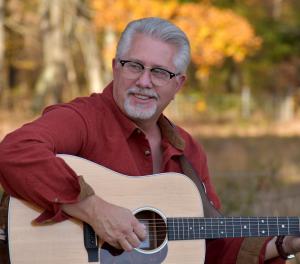 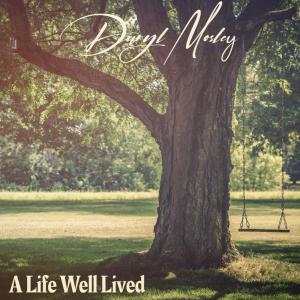 Track Is Title Cut From Upcoming Album, Due Out Later This Year

The song’s message is “to be kinder, be grateful for what we have, to set a good example for others, and to leave something good behind.”
— Daryl Mosley
NASHVILLE, TN, UNITED STATES, January 25, 2023 /EINPresswire.com/ -- Award-winning singer/songwriter Daryl Mosley shares words of wisdom with his new single, “A Life Well Lived.” The record, which premiered on Bluegrass Today and was featured on Roughstock earlier this week, is the first release and title track of Mosley’s upcoming album due later this year on Pinecastle Records. The single is available to radio via Airplay Direct, and fans can order it HERE now.

The mid-tempo’s message is one of timeless wisdom. “I was inspired by a meme of all things,” says Daryl of this Rick Lang co-write. “It was an old man, slicing an apple with a pocket knife and eating it right off the blade … I’d seen my grandpa do that a million times.” Lang recalls that the two shared a laugh about the image, and then dove into a deep conversation about all the life lessons they’d learned from their elders – and a song was born. Both writers agree that the song’s message is “to be kinder, be grateful for what we have, to set a good example for others, and to leave something good behind.” A powerful message indeed.


ABOUT DARYL MOSLEY
Daryl has enjoyed more than three decades of success as a songwriter and vocalist. Known for his warm-as-country-sunshine voice, thoughtful lyrics, and impeccable musicianship, Daryl toured throughout the ‘90s as lead vocalist/bassist with the Bluegrass group The New Tradition. In 2001 Mosley joined the Osborne Brothers, and he performed with them until 2010. He then formed The Farm Hands - which quickly became one of the most awarded bands in Bluegrass. In 2020, Daryl stepped into the solo spotlight and began his association with Pinecastle Records with THE SECRET OF LIFE. The album spent multiple weeks at #1 on the Roots Music Report Contemporary Album Chart, and the lead single (“A Few Years Ago”) spent six weeks in the top spot on the Contemporary Song Chart. In 2021, his SMALL TOWN DREAMER album made the Top 10 on the Billboard Albums Chart. That album’s most popular single, "Transistor Radio" (released that November), reached #1 on the Bluegrass Unlimited Chart, #5 on the Bluegrass Today Chart and received extensive play on Sirius XM's Bluegrass Junction. The single made the Top 15 on the RMR’s Chart's Best of Contemporary BG 2022 list. His latest single, “A Life Well Lived,” follows Daryl’s December 2022 release, “An Old Fashioned Christmas,” which he also wrote with frequent collaborator (and friend) Lang. Mosley has written eight #1 songs, been honored as Songwriter of the Year twice and earned three Song of the Year awards (SPBGMA). Lynn Anderson, Bobby Osborne, Josh Williams, the Booth Brothers and Carolina Blue are among the many artists who have recorded Mosley's songs. He consistently performs 140-plus shows per year and resides in Waverly, Tennessee.

For inquiries or corrections to Press Releases, please reach out to EIN Presswire.
✕
× Close Ad